Think you’re the fittest person in your team, in your agency, in London?
Then prove it! Get the kudos and help make the world a better place.

The winners will go on a trip of a lifetime to build schools for local communities in Rwanda with our Charity Partners, ActionAid. 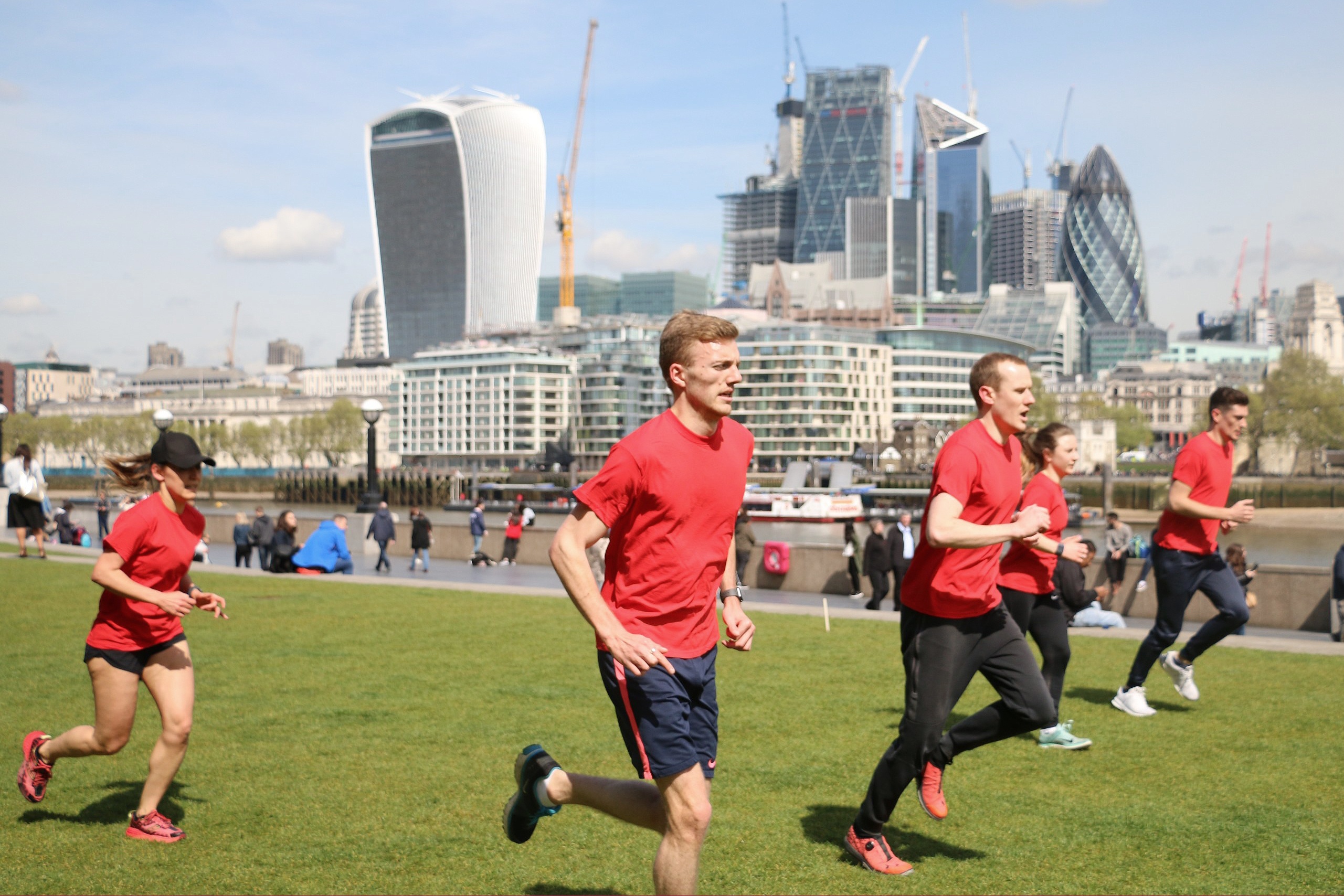 We’re inviting creative and media agencies to compete to be crowned the fittest agency in London and win the opportunity to travel to Rwanda to build classrooms that will positively impact the local community.

Download the registration form and put your agency team together

20 teams will be selected and sent the
‘F.I.T. team pack’

Compete over 4 weeks in June

The fittest overall agency and 2 fittest individuals will be recognised

The tournament winners travel to Rwanda in October for 10 days.

Since 1990 Freedman has delivered global marketing campaigns in all media, in all markets. They adapt, transcreate and produce campaigns which resonate with local audiences, allowing brands such as Fitbit, EA, Oracle and Indeed.com to thrive everywhere. Freedman supports a number of not for profit organisations around the world and is proud to have partnered with ActionAid on this initiative.

ActionAid is an international non-governmental organisation whose top priority is to end the inequality that keeps women and girls locked in poverty, and to restore the rights denied them from birth. Founded in 1972, ActionAid seeks to provide children with an education, further human rights for all, assist people that are in poverty, assist those who face discrimination, and also assist people who face injustice. ActionAid works with over 15 million people in 45 different countries. 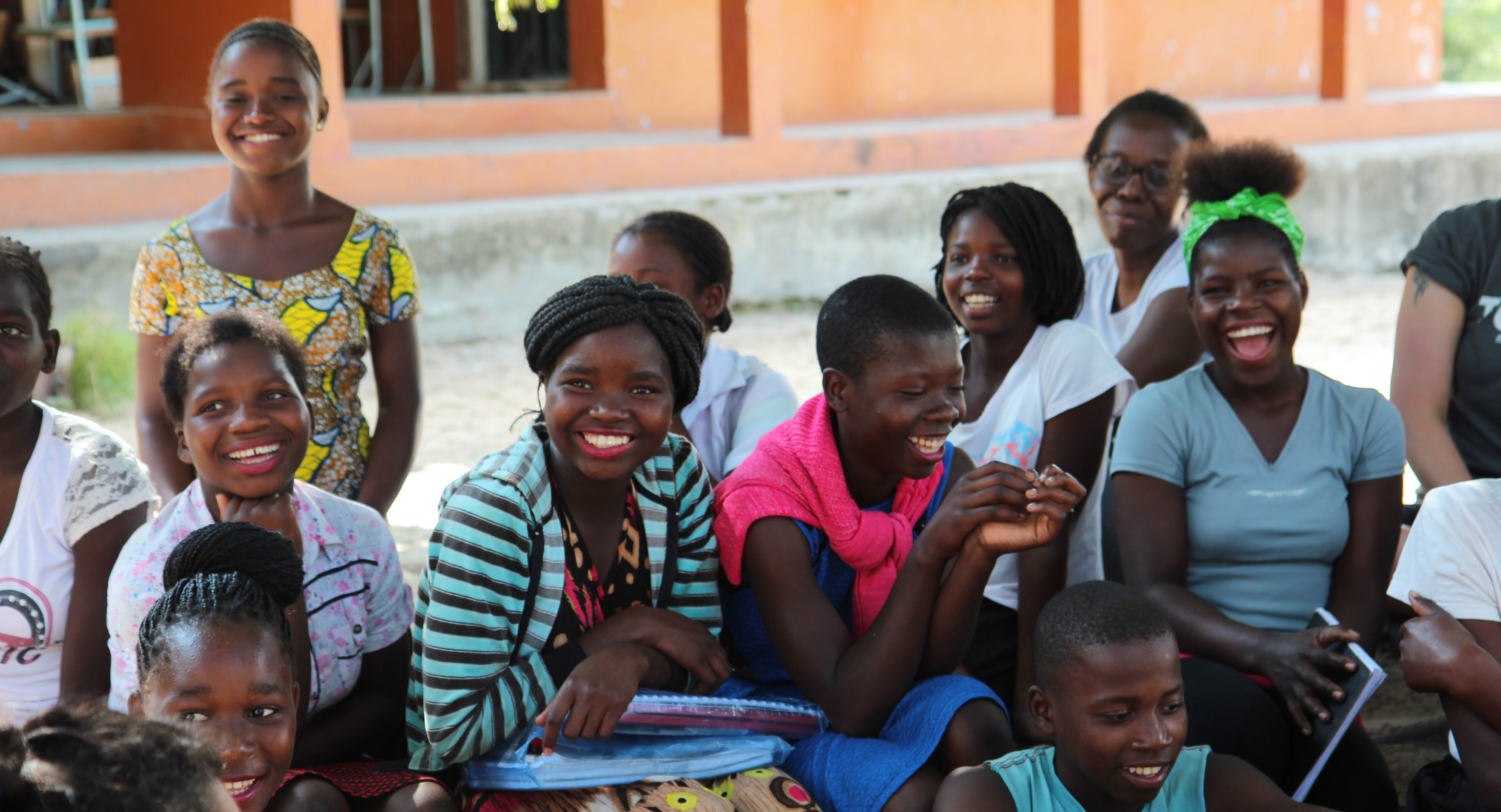 The winning agency will get the opportunity to choose 3x individuals to take part in the field trip with ActionAid. In addition, the overall fittest male and female participants will be given the opportunity to take part in the trip.
The 5 winners will then get the chance to join our Global Charity Partner, ActionAid on a 10 day trip to Rwanda in October. All costs associated with this trip (flights, accommodation, living expenses) will be paid for by Freedman International.

Taking Part in the Tournament

The tournament kicks off on the Friday 1st of June and finishes on the Friday 29th of June.
The 20x participating agencies will each receive 5x Fitbit trackers to measure their ‘Steps’ and ‘Active’ minutes. You will be able to monitor agency performance in real time here on our interactive leaderboard, this will show live results for each team. We will also be tracking individual performance and this will be measured from 12:01 on Friday to 12:00 the following Friday. The individual leaderboard will be updated every Friday at 1pm.

This table shows the position of the entire agency team and will be updated in realtime.

This table shows the position of each individual. It will be updated every Friday between the 5th and 29th of June.

Here are the important dates to put in your diary now:

Competition open to all applicants

Qualification period ends (all entries by this date)

Check out who you’re up against to be crowned London’s fittest agency. Share your photos and videos here and give shout outs to your crew. 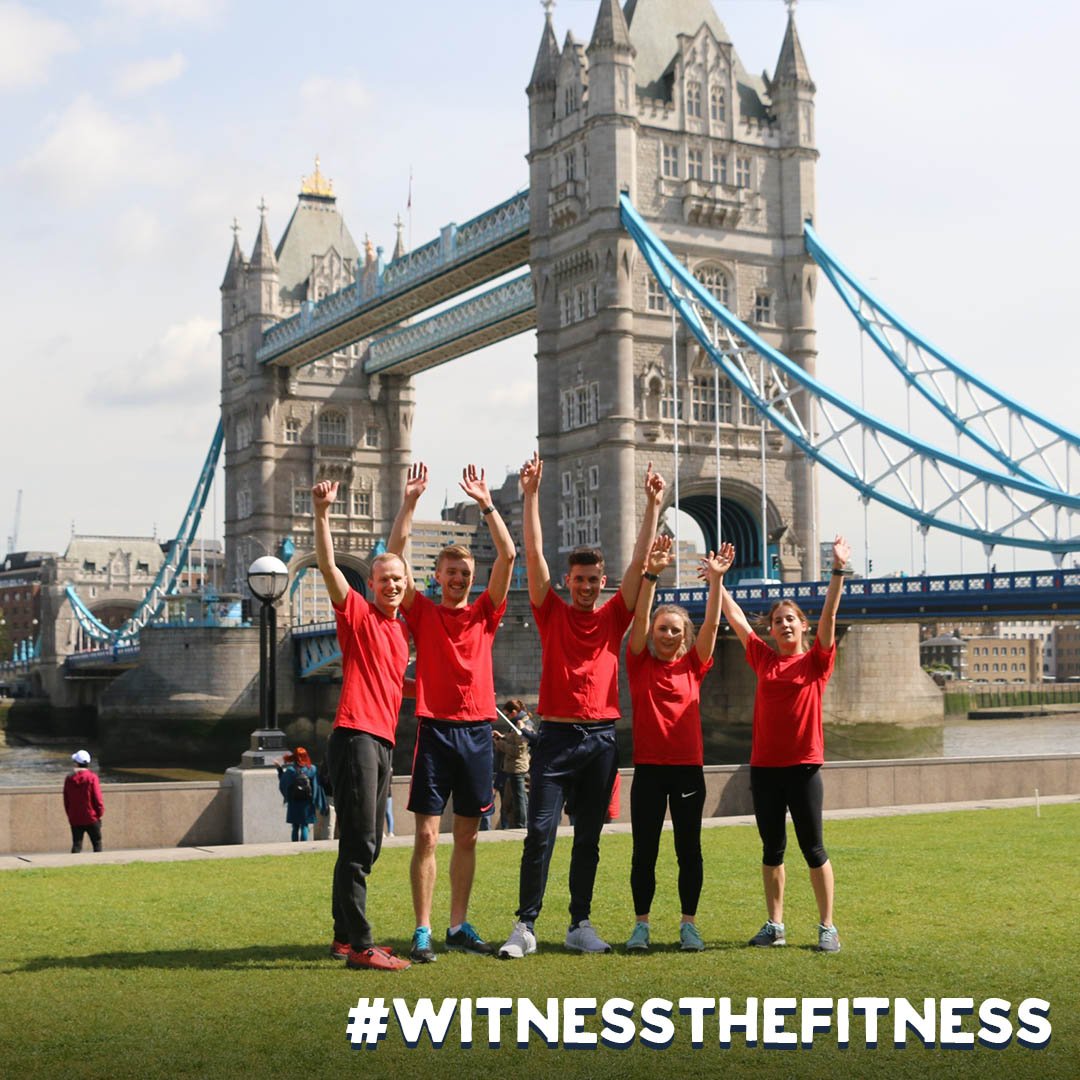 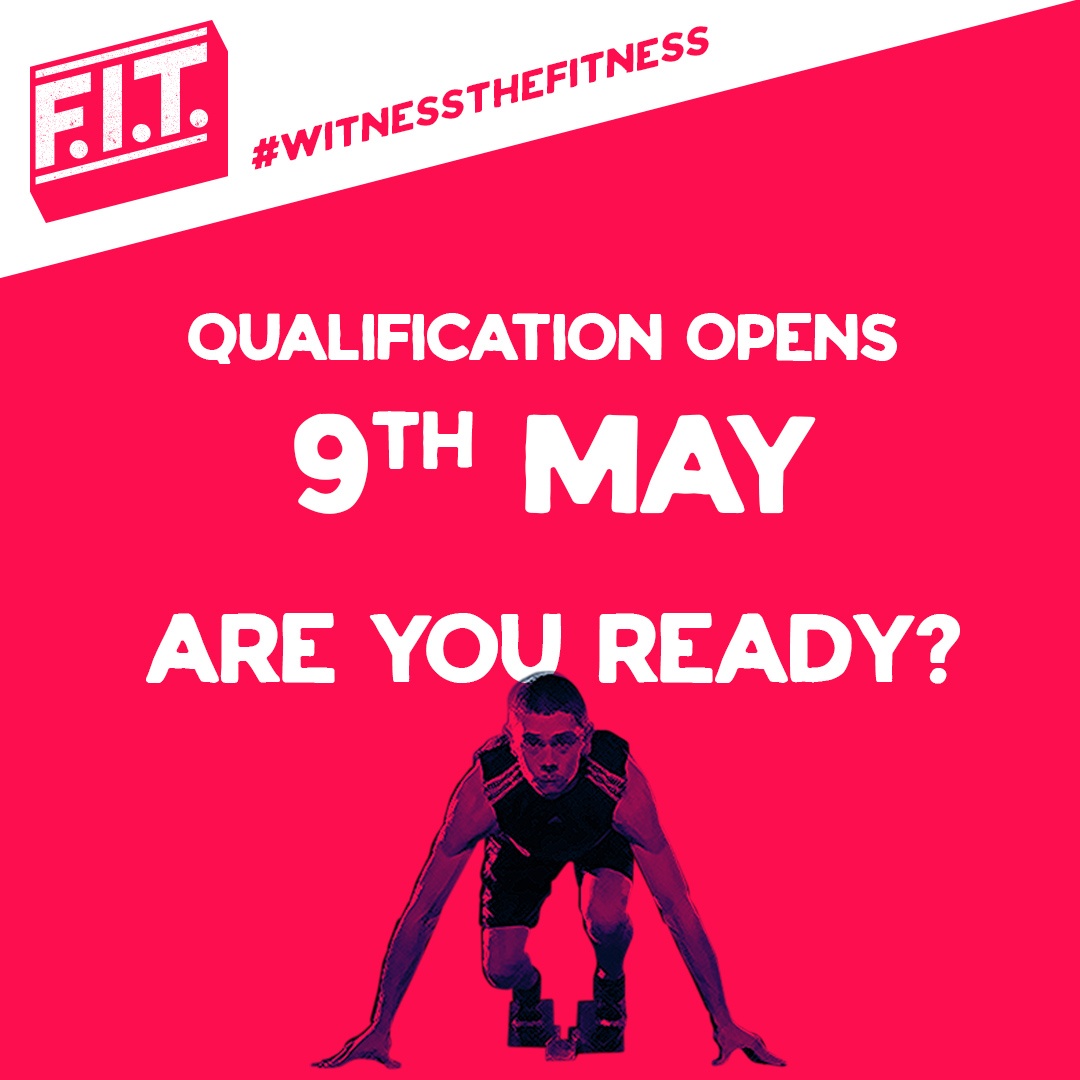 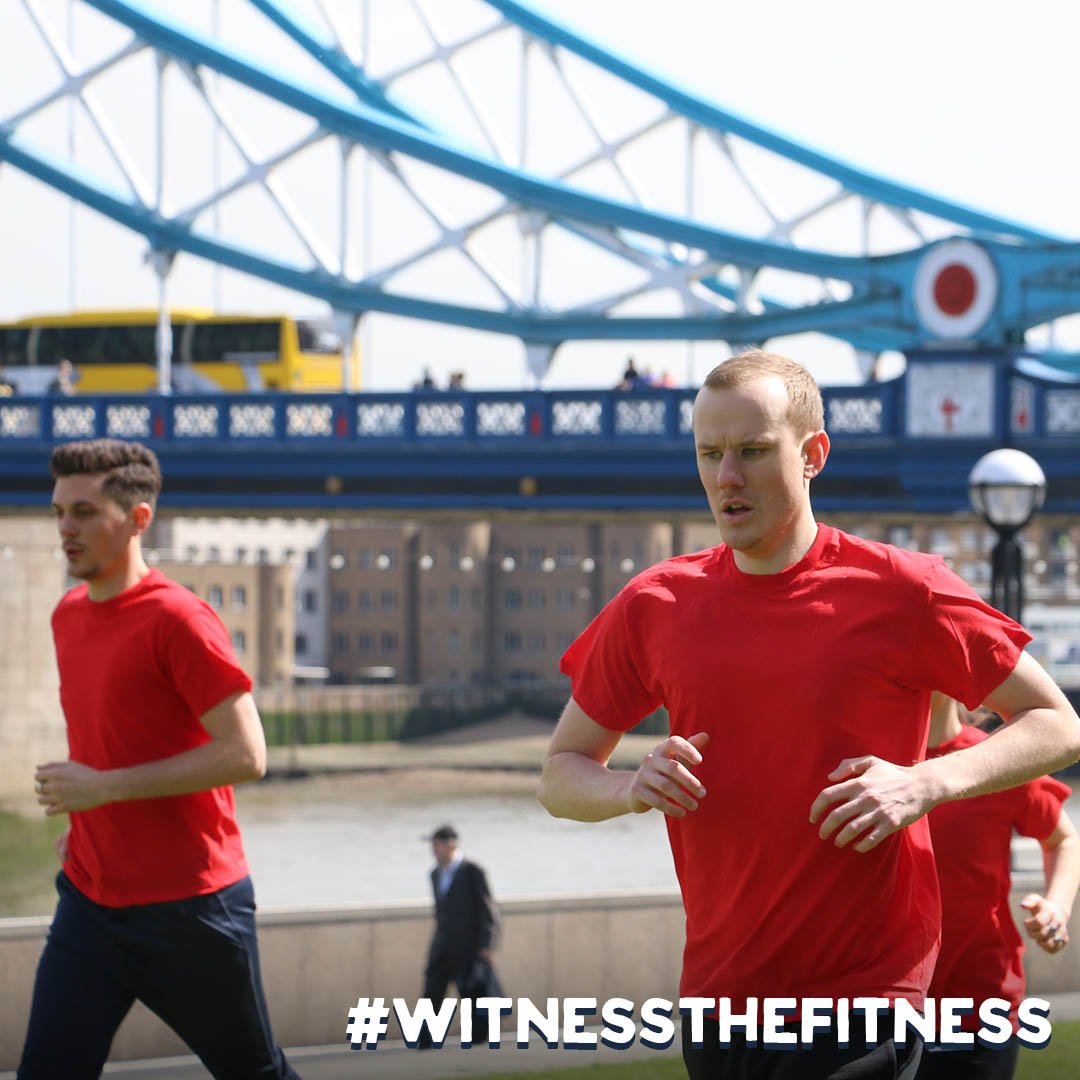 We visited a few of our top agencies this week to find out what spurs their teams on to put up such a fight for this year’s F.I.T. As one of the top scoring agencies on the board, we wanted to find out how M&C Saatchi are doing it; what motivates them and how they think they will compare to the other 19 teams involved.

When we first met the folks at M&C, we knew they meant business, with a selection of top-notch fitties (one of whom is casually cycling 100 miles in one weekend) but we didn’t know what level of dedication they were really going to bring to the table…

Since the first day of the competition, M&C Saatchi has shot above the rest with an impressive score, so “how do they do it?” we asked. We all know that agency life is busy, erratic and demanding so how have one of the largest agencies in London managed to find the time to become London’s Fittest Agency?

M&C Saatchi’s team leader advised me that it’s a combination of motivation and sacrifices. The team of 5 barely knew each other before the competition: coming from different departments, they had rarely come into contact with each other until F.I.T. began, except for the occasional pitch or meeting.

Now these fantastic 5 have a support network and found the tournament to be extremely effective for bonding with colleagues they may not have usually come in to contact with in everyday agency life. The team mentioned that it’s not only making them more sociable, but also bringing together different departments in the agency as most seem to be joining in on the competitive fun to support the M&C Saatchi 5!

It’s not only colleagues of the team that are getting involved; the Team Captain’s little boy was apparently unhappy with M&C Saatchi’s temporary drop on the leader board. When he heard the bad news, he turned to his mum and asked, “Well what are you going to do now?”

With all of this support (and pressure from their Team Captain’s children), it’s clear why the team are so fiercely determined to win! M&C Saatchi’s dedication to the tournament has meant team members have had to suffer slightly – from ditching the tube and walking 5 miles to get home, endless washing machine cycles for their stinky gym kits and plenty of sore glutes.

However, the team mentioned that they wouldn’t change a thing, even if they could. They advised me that it has been a fantastic incentive to not only keep fit and encourage new relationships within the agency but help give back to a really good cause by supporting ActionAid.

We are so happy to see our teams working hard for a fantastic cause and hope that this enthusiasm continues over the next 3 weeks of our Freedman International Tournament.

What makes Wavemaker so special?

This week Wavemaker pushed Freedman off the second-place spot of the F.I.T. leader board. How dare they you ask? We had to ask them too, so we sat down with the team to find out what has made them rise to the top!

The Wavemaker team have used healthy competition amongst their own to push themselves that extra bit further, and it’s paid off! Weekend challenges on their Fitbit group has allowed the team to fuel their competitive spirit with some extra rivalries. Of course, it’s not all competition, the team have been very supportive with each other and are particularly proud of Mollie, their secret weapon. Mollie came 7th on the individual leader board this week and according to the team, Mollie just doesn’t stop steppin’!

From running on a hangover to no rest days the team has not stopped either. No longer is standing still on an escalator an option or taking the tube to work for that matter.

These crazy five have ditched the morning commute and are walking their way from home, some from Stockwell, to their Sea Containers office. Nothing says dedication like ditching those last few minutes in bed to walk across London!

The team have also found an (un)healthy way to stay fit! Going on a night out has apparently increased a few team mates step count. It seems that the club is a good way to rack up those points, the only danger being the day after the night before. Like I said this team doesn’t stop, hungover or not.

Of course, the trip to Rwanda is the main incentive for the team to win, but the team told us a close second is beating one of the team’s ex-boss at MC&C! With MC&C only 2 places behind the Wavemaker team this week we can’t wait to see which way this rivalry pans out…

Let’s hope your finance department approves your request for walking desks before the tournament ends.